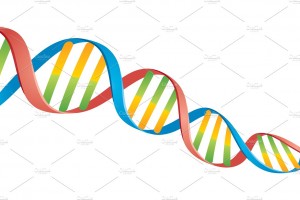 Scientists have concluded that the risk of addiction is a complex combination of both genes and environmental influences. Despite advances in the science of genetics, it has been extremely difficult to identify the possible genetic contributions to addiction because it likely involves a combination of inherited variants in multiple genes. To find answers related to nicotine addiction, for example, scientists must study complex and nuanced questions like, do certain genetic variants play a role in initiation of smoking and others play a role in behaviors leading to heavy smoking?

Inherited variants can change the way the genes work, like the commonly known mutations that put children at risk for cystic fibrosis or put women at risk for breast cancer. Finding the suspect genes and their variants linked to addiction has been helped by large databases now being shared by scientists. This NIDA-funded study broke new ground by checking recorded data of up to 1.2 million people, simultaneously looking at multiple substance use behaviors and then cross-checking them to potential genetic factors.

Using the records in a comprehensive database, an international group of over 100 scientists collected information on smoking and alcohol use. They measured behaviors like the age people started smoking, how regularly or heavily they smoked, if they had smoked and then later quit. They also looked at how many drinks per week each person consumed. They then cross-checked those findings with life events (like years of education); physical characteristics (like heart rate or cholesterol level) and diseases they suffered (such as mental illnesses, Parkinson’s or Type 2 Diabetes.) They then correlated those results with specific genes suspected in various types of substance use.

The researchers found that there were over 400 locations in the genome and at least 566 variants within these locations that influence smoking or alcohol use. These include many locations harboring genes that influence synaptic transmission which could hold a key to understanding inherited traits in addiction. The findings show that locations associated with smoking and alcohol use affect several other chemical functions: glutamate transmission (the strength of synaptic connections); dopamine (linked to learned behavior and reward); and acetylcholine (the most plentiful nervous system transmitter.) These findings bring scientists closer to identifying clusters of genes that could play a part in addiction, giving the field of addiction science a solid starting point for further study.

Prev:  NATIONAL DRUG & ALCOHOL FACTS WEEK
Next: Some E-cigarette Users Are Having Seizures, Most Reports Involving Youth and Young Adults