News / Alcohol is a leading cause of death, disease worldwide, study says 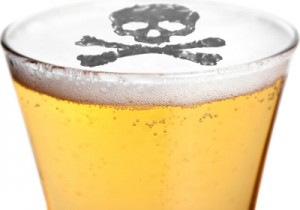 Alcohol is killing more people globally than we originally thought, according to a new study.

Researchers used 694 studies to estimate worldwide drinking patterns and used 592 studies plus 28 million people to learn about alcohol's health risks between 1990 and 2016 in 195 countries.

They found drinking alcohol was associated with nearly 1 in 10 deaths of people ages 15 to 49 years old. Causes included tuberculosis, road injuries and self-harm. For people over 50, cancers were cited as a leading cause of alcohol-related death (about 27 percent of deaths in women and 19 percent of deaths in men).

Researchers found that the "burden" of alcohol consumption was worse than previously reported. They called for more regulations around alcohol use and said there is no amount of alcohol that is healthy.

“Previous studies have found a protective effect of alcohol on some conditions, but we found that the combined health risks associated with alcohol increase with any amount of alcohol,” lead author Max Griswold of the Institute for Health Metrics and Evaluation at the University of Washington said.

He said the research showed the links between drinking alcohol and the risk of cancer, injuries and infectious diseases are greater than the protective effects of alcohol linked to heart disease in women.

“The widely held view of the health benefits of alcohol needs revising, particularly as improved methods and analyses continue to shed light on how much alcohol contributes to global death and disability,” he said in a statement.

More research must still be done to explain how drinking patterns affect health. For example, a glass of wine every evening versus binge drinking. Griswold said there are also unknowns around health once people stop drinking.

The most recent Dietary Guidelines for Americans, a report by the U.S. Department of Health and Human Services and the United States Department of Agriculture, suggests women have no more than one drink daily and men have no more than two. The American Society of Clinical Oncology, made up some of the nation's top cancer doctors, has said limiting alcoholic drinks is important for cancer prevention.